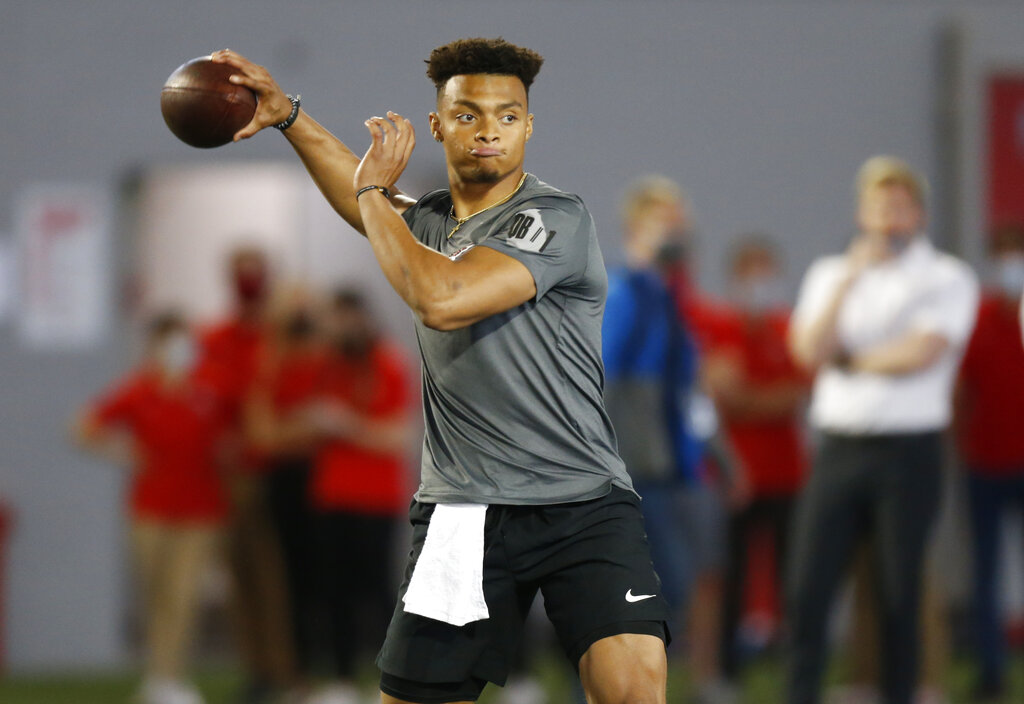 Whether it is the start of free agency in college sports or simply the fair thing to finally do for the athletes, the NCAA is about to make a monumental change to its transfer rules.
The Division I Council meets Wednesday and Thursday, and the agenda includes voting on a proposal that would grant all college athletes the ability to transfer one time as undergraduates without having to then sit out a season of competition.
All indications are the proposal will pass. When it does, athletes in football, men’s and women’s basketball, baseball and men’s ice hockey will for the first time be immediately eligible to play after switching schools without asking for special permission.
For decades, the penalty of giving up a year of eligibility helped deter athletes from transferring, at least in those high-profile sports. In all other NCAA sports, athletes were allowed to switch schools once before graduating and play immediately.
The exception will soon be available to everyone — which is likely to mean more transfers than ever.
South Dakota State athletic director Justin Sell, a member of the council, said the lack of uniformity in the rules across sports had become difficult to justify.
“Trying to create opportunities for students that are equitable across the board, it becomes much more difficult to create a case of why a football student-athlete should be sitting out when a volleyball student-athlete doesn’t have to,” Sell said.
The NCAA has been examining its rules regarding athletes who transfer seemingly forever. But three and a half years ago Sell was put in charge of a working group tasked with making substantive changes.
From that, the transfer portal was created and athletes no longer had to ask for permission to be released from their scholarships if they wanted to switch schools and receive financial aid. No longer could coaches stand in the way if a player wanted to leave or dictate where they could go.
Sell’s group considered the idea of lifting the year-in-residence rule, which forced athletes to sit out the year after transferring, but never quite got there.
“We walked right up to this question … but the Rice Commission report (on college basketball) came out and they asked that no further action be taken on transfers at the time,” said Mid-American Conference Commissioner Jon Steinbrecher, who was part of the working group. “So boom, we walk up to the question and then we stop.”
Instead, the waiver process was tweaked to allow athletes to receive immediate eligibility by showing a hardship of some sort that necessitated the transfer. That led to problems.
Some high-profile players such as quarterback Justin Fields, who transferred from Georgia to Ohio State in 2019, were granted waivers by the NCAA, creating an expectation that all players would be cleared to play right away.
When that didn’t happen, players, coaches and fans criticized the NCAA and claimed the waiver process was inconsistent and unfair. A working group led by Steinbrecher concluded that waivers were no solution.
“There was a broad segment of the membership that recognized that ultimately, what we needed to get to, is a legislative solution. Not a patchwork of waivers,” said Steinbrecher, who is also a member of the DI Council.
The council was set to vote on the legislative solution in January, but the Justice Department warned the NCAA its rule changes regarding transfers and name, image and likeness compensation might violate antitrust laws. NIL reform is still bogged down, but there is optimism the council can move forward on transfer rules.
If not, the council is prepared to pass a blanket waiver that would give all athletes transferring this year immediate eligibility. That is not the preferred route.
“I think the messaging or the language that I’ve heard from the council is they are looking to get to a permanent solution if at all possible,” Steinbrecher said.
The main issue still to be hammered out are deadline dates for athletes to notify their schools they intend to transfer. Dates under consideration now are May 1 for fall and winter sport athletes and July 1 for spring sports.
“Transfers affect the other kids on the roster, too,” Sell said. “Kids want to know who their starting point guard is. Or their starting shortstop.”
Conferences typically have their own rules that require athletes to sit out a season when they transfer within a league, but those are starting to disappear. The American Athletic Conference on Tuesday followed the Atlantic Coast Conference and Mid-American Conference in eliminating its intraconference transfer policies to abide by NCAA rules.
NOTES: The other big item on the council agenda this week is lifting the prolonged recruiting dead period in all sports. Because of the pandemic, off-campus recruiting by coaches and official visits to campus by prospective athletes have been banned for more than a year.

Follow Ralph D. Russo at https://twitter.com/ralphDrussoAP and listen at https://westwoodonepodcasts.com/pods/ap-top-25-college-football-podcast/