States make no plans to shutdown again, despite cases rising 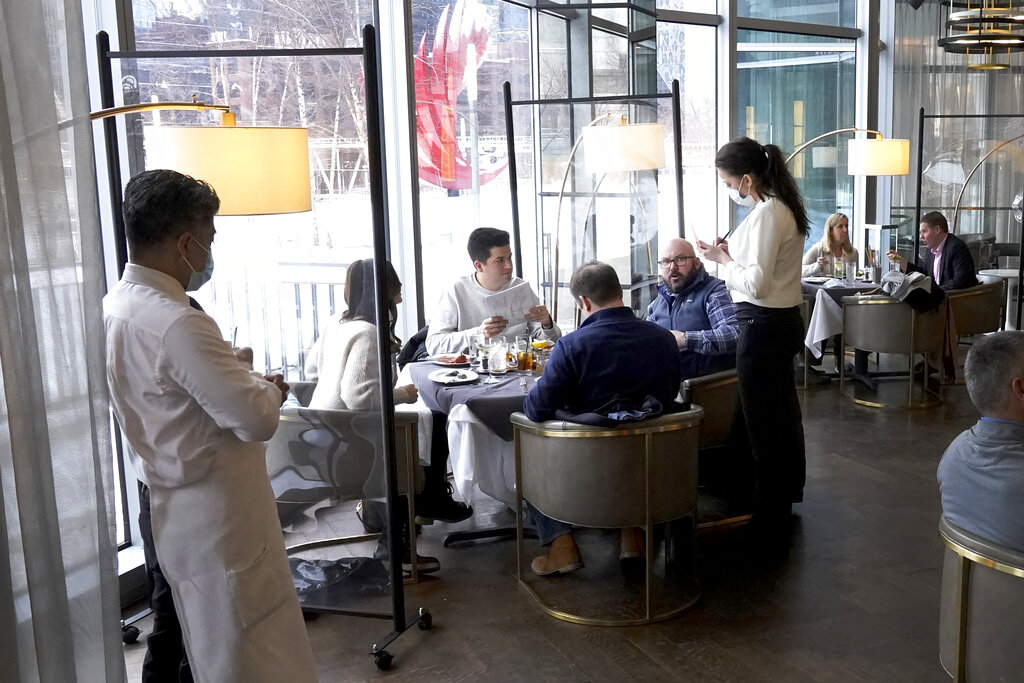 When one of the nation’s top health officials this week suggested states dealing with a spring spike of coronavirus cases should “shut things down,” the remark landed with a thud.

Even Democratic governors and lawmakers who supported tough stay-at-home orders and business closures to stem previous COVID-19 outbreaks say they’re done with that approach. It’s a remarkable turnaround for governors who have said from the beginning of the pandemic that they will follow the science in their decision-making, but it’s also a nod to reality: Another round of lockdown orders would likely just be ignored by a pandemic-weary public.

The political dynamics have changed markedly in recent weeks as vaccination rates have grown, warmer weather has returned, and the public and business owners have become increasingly vocal about reopening schools and loosening restrictions around social gatherings.

“I think we have a real compliance issue if we try to go back to the sort of restrictions that were in place in March and April of last year,” said Pennsylvania state Rep. Mike Zabel, a Democrat who had supported previous shutdown orders by Gov. Tom Wolf, a fellow Democrat. “I don’t think there’s any appetite for that in Pennsylvania at all.”

COVID-19 cases have been increasing in Pennsylvania, and Centers for Disease Control and Prevention data shows it has one of the highest per capita case counts in the nation over the past week. Even so, Wolf’s administration said it “has no plans at this time to reinstitute any shutdown orders.” It instead noted that mask-wearing, gathering limits and social distancing remain required as the state gradually reopens.

Other governors also are staying on course to reopen society as they simultaneously expand vaccine eligibility, potentially complicating President Joe Biden’s efforts to conquer the pandemic.

Michigan Gov. Gretchen Whitmer, a Democrat, has pleaded unsuccessfully with the Biden administration to redirect more vaccine doses to her state as it struggles with the nation’s highest COVID-19 case rate. But the CDC director, Dr. Rochelle Walensky, said Monday that vaccines wouldn’t immediately quell a surge because they take up to six weeks to take full effect.

That didn’t seem to sway Whitmer, who kept tough restrictions in place for months when COVID-19 cases surged last spring and fall but has been reluctant this time to go beyond the mask mandate and capacity limits. She has instead urged a voluntary two-week suspension of indoor restaurant dining, in-person high school classes and youth sports.

She primarily blamed lack of compliance and the new coronavirus variants for the recent spike in cases. Adopting language used by Republican governors earlier in the pandemic, Whitmer and some other Democratic governors are urging people to take personal responsibility for behaviors that will help limit the spread of the virus.

Since the start of this year, the number of people going to restaurants and bars has noticeably increased while public support has declined for shutting down businesses and limiting travel, according to the COVID States Project, which has surveyed public attitudes and behaviors since the pandemic began.

That means governors must weigh what the public would be willing to do as they consider how to respond to a resurgence of cases fueled by the new variants, said James Druckman, a political science professor at Northwestern University in Illinois who is part of the survey consortium.

“It’s unrealistic to engage in complete shutdowns or closing of public spaces at this point,” he said. “I think you’d see a lot of people, including business owners, not following those types of things.”

New York Gov. Andrew Cuomo and other top Democratic and Republican leaders have not expressed any support for putting restrictions back in place, even though Cuomo has acknowledged the state is facing increased detection of potentially more contagious variants.

The Democratic governor has said people want their children in classrooms and that the struggling hospitality and restaurant industries need help. He blamed any uptick in COVID-19 cases on “human behavior.”

“It is a matter of personal responsibility,” Cuomo said at a Tuesday event that he barred reporters from attending. “You tell me how you act, I’ll tell you your likelihood of getting COVID.”

New York Assembly Minority Leader Will Barclay, a Republican, said he would be against re-imposing a lockdown: “Taking any steps backward would have serious social and economic consequences,” he said.

In Colorado, a statewide mask mandate remains in effect until May 6. But Democratic Gov. Jared Polis plans to transfer decisions about other public health orders to county governments on Friday. That will put Colorado in line with some Republican-led states such as Missouri, which has left decisions about business shutdowns in the hands of local officials since last summer.

Although Colorado has seen COVID-19 cases and deaths rise over the past two weeks, Polis said the lack of hospitalizations among older adults shows vaccines are working. The governor said he doesn’t think closures are necessary, but “people should honor that at the local level” if imposed.

A spokesperson said Illinois Gov. J.B. Pritzker, a Democrat, is concerned about a recent increase in COVID-19 cases but noted that hospitals have capacity and added that there is no need to repeat the earlier shutdowns. In Delaware, where cases have been high, Democratic Gov. John Carney said he hopes to avoid tightening restrictions that he has gradually eased over recent months.

Reinstituting shutdowns not only would lead to political backlash but also would be psychologically difficult for some people, who just recently have begun to experience renewed freedoms after a year of restrictions.

“From a social science perspective, the decision from the governor to not go towards a lockdown I think is a sensible one,” said Dominique Brossard, chair of the Department of Life Sciences Communication at the University of Wisconsin. “You need to work with what you have as far as people’s psychological state.”

By DAVID A. LIEB Associated Press