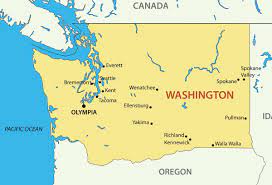 Gov. Jay Inslee has commuted the sentences of more than a dozen drug offenders in the past few days, freeing them from prison as Washington’s legal system struggles with the fallout from a court ruling that voided the state’s drug possession law.
In a sweeping 5-4 decision, the Washington Supreme Court ruled in February that the law making simple drug possession a crime was unconstitutional because — unlike the drug laws of every other state — it did not require prosecutors to prove that the defendant knowingly possessed the drugs.
The ruling left the possession of small amounts of controlled substances, from LSD to heroin and cocaine, legal under state law. It has implications for tens of thousands of cases dating back decades, with defendants able to seek to have their convictions vacated or to receive refunds for fines. In addition, inmates who received longer prison terms for other crimes because their offender score was boosted by a past drug possession conviction will be eligible for resentencing.
The decision has yet to become final, as prosecutors have asked the court to reconsider it or at least limit its scope. But the court is expected to stand by the ruling, and Inslee responded by saying he would issue unconditional commutations for those who are in prison on simple drug possession charges alone.
Thirteen prisoners have received commutations and been released by the Department of Corrections in the last few days, Inslee’s office said Tuesday, with at least two more expected by the end of the day. The department has said it believes fewer than 100 people statewide are incarcerated for only simple possession convictions, while fewer than 7,000 are serving terms of community supervision for such offenses.
Christopher Lanz, a defense attorney in White Salmon, in Klickitat County, said he has a handful of clients in custody for simple possession — including Olivia Slemp, who received a commutation Monday for three convictions. Lanz said he is asking a court to vacate Slemp’s convictions, and he credited Inslee for ensuring she was released in the meantime.
“This is a great result,” Lanz said. “It gets people out of custody when there was no constitutional basis for them to be in custody.”
The ruling came in the case of Shannon Blake, a Spokane woman who had received a pair of jeans from a friend that had a small bag of methamphetamine in a pocket. The court found that criminalizing unknowing, passive conduct violated due process protections. Among those who could be convicted under the law was a letter carrier who unwittingly delivers a package of drugs, someone whose roommate hides drugs in a common living area, and someone who picks up the wrong bag at an airport, the majority noted.
Possession of larger amounts — with intent to distribute — remains unlawful.
Lawmakers have been wrestling with how to respond to the ruling. Oregon this year became the only other state to decriminalize the possession of small amounts of all types of drugs, increasing access to treatment instead. Some Democratic lawmakers hope to emulate that approach, saying the ruling offers a rare opportunity to begin to address the harm the war on drugs has caused, especially to communities of color.
Republicans have argued that the state should re-criminalize drug possession, saying it’s important to be able to have the leverage of a prison term to push people into treatment.